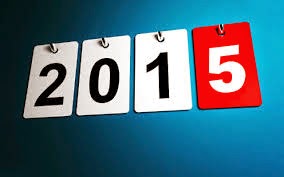 I have arrived at a familiar annual benchmark: the beginning of a new calendar year. With the turning of a page in the calendar and a few days of rest between semesters, I can’t help but sift through the remnants of 2014 before plunging fully into this new year.

The back half of 2014 was certainly dominated, at least within the confines of this blog, by the lockout of the Atlanta Symphony musicians by the Woodruff Arts Center (WAC) board. A few weeks after my last blog post in October, a resolution to this painful start to the symphony’s 70th season was reached. As far as I can tell, the bleeding has been stopped and healing has begun. The musicians agreed to a new four-year contract and on November 13, 2014, the orchestra was back in business with Maestro Robert Spano leading the the symphony and the ASO Chorus in Beethoven’s Symphony No. 9. I was on hand the next week (November 22) to hear performances of Debussy’s Première rhapsody (featuring principal clarinetist Laura Ardan), Beethoven’s Symphony No. 5 and the Symphony No. 3 by Atlanta based composer Richard Prior. The symphony was still using many subs as many of the regular ASO members had not yet returned from out of town gigs they had accepted during the lockout. Nevertheless, the atmosphere in Symphony Hall was electric, The orchestra gave a heartfelt and wondrously musical performance and sounded as though much of the rust accumulated by weeks of walking a picket line instead of playing concerts had been shaken off. What struck me about the program selection was that it seemed to be a microcosm of everything that this orchestra does best. It was a concert that first featured a truly wonderful soloist from the very ranks of the ensemble itself. I have had the very good fortune of working with Laura Ardan on several projects in the past and know from personal experience that she is an exceptional artist. It was great to be reminded that this ensemble is comprised of many such exceptional artists throughout. The concert also spotlighted a relatively new composition. The programming of contemporary orchestral music has long been a hallmark of Robert Spano’s tenure at the helm of the orchestra. As a composer, I have always  admired this significant facet of the orchestra’s artistic vision. Finally, the concert reminded us all once again that the ASO can deftly move from the contemporary to convincing and riveting presentations of some of the greatest works of Western Civilization as exemplified by Beethoven’s fifth symphony.

As good as it was to be back in Symphony Hall and hearing great music being performed by an elite orchestra, I still could not shake some troubling thoughts. First, the newly inked four-year deal will not guarantee that musician salaries will return to pre-2011 levels or even reach those levels by the end of the contract period. Second, in addition to other concessions, health insurance costs for the players have also gone up. Finally, there are still many questions surrounding the finances of the WAC and how it allocates funding to the symphony. Despite these shortcomings, the musicians did win one significant victory. The WAC board had pushed hard to dictate the size of the orchestra. This was an egregious demand and ultimately, the line in the sand that the players would not cross. The new contract stipulates that the compliment of the orchestra will grow back to near its pre-2011 level of 95 players. While this is still smaller than other major symphony orchestras, the restoration of performers nevertheless allows the group to remain at the status of a top tier professional orchestra.

So if I examine the glass as half full, the orchestra emerged from an acrimonious stand-off with administrators and won a hard fought victory over the size of the ensemble; a critical component to maintaining artistic integrity. Without this victory, the ASO would have been reduced to a regional training orchestra and lose its luster as one of the finest orchestras in the country. If, on the other hand, I look at the glass as half empty, I see a struggle that resulted in lower pay and higher insurance costs for the musicians and a battle that merely returns the group (almost) to where it was back in 2011 in four years time. Then there is the WAC board. It still calls the shots for the orchestra and its chairman, Douglas Hertz famously described the symphony supporters and musicians as “crazy people” (http://artsculture.blog.ajc.com/2014/10/04/woodruff-arts-center-board-leader-takes-stands-on-atlanta-symphony-crisis/). I can’t help but be nervous about what lurks ahead in four years when this contract ends.

Still, things could have turned out much, much worse. The ASO musicians as well as the musical soul of the city of Atlanta have been spared. I choose, therefore, to look at the glass as very much half full.

This goes for 2014 in my personal corner of Atlanta as well. Aside from blogging about the ASO lockout, I spent my year writing music for wonderful musicians, receiving performances at national and international festivals and conferences and even having the great fortune of seeing a commercial film featuring my first significant film score widely released. Yet, I can’t help but ask myself some honest questions. Should I have written more music? Received more performances? Generally, been more active?

The honest answer is yes. I should have done more. That’s why, as I shift my attention from the year now gone and look forward, I am excited by my upcoming commissions, opportunities and scheduled performances of my work. With the lockout of the ASO resolved, I somehow feel as though the creative environment in Atlanta is more secure, at least for the time being. With the musicians back at work, it’s time for me to do the same. The Holidays are over, 2014 is in the books and the manuscript paper is empty!