A very deep and profound piece of music was performed on the evening of September 25, 2014. At 7:30 PM, at the very time the Atlanta Symphony Orchestra was to begin performing the opening concert of their 70th Anniversary Season, orchestra musicians, area students and devoted audience members stood in utter silence in front of the locked doors of the Woodruff Arts Center.

I have been a working composer and performing musician for well over 30 years. I can tell stories of musical performances that were so moving that I could not read the music in front of me because of the tears that filled my eyes. I will add tonight’s event among the very top of these rare and beautiful experiences. It was a privilege to be standing shoulder to shoulder with so many people who love this orchestra and are truly devastated by the shabby treatment world class musicians are receiving at the hands of merciless administrators.

As we stood in huddled silence around the musicians, dressed in their concert black and cradling their precious instruments, I think we all instinctively knew that this was a seminal moment for this orchestra. More than that, it felt like a seminal moment for the entire city of Atlanta. This line drawn in the earth; this powerful deafening silence ringing through the skyscrapers of Midtown Atlanta; this flowering of support in a desert of despair - all bore witness to the resolve of many against the few arrogant forces seeking to undermine true artistry.

When the silence reached its climax, the assembled began to applaud. And they continued to applaud. One by one, orchestra members turned and faced their audience. Many of them were visibly moved by this display of love and support. What a powerful moment! What a memorable performance! If we hadn’t really known before, we all knew then and there that the power of music to transform was real. It was real because we all stood transformed by silence and the mere memory of music. In that one moment, it was clear that lockouts and threats were powerless against the simple silence of principle and deep integrity. As a friend of mine in the orchestra reminded me this morning, this is a true existential moment for all of us who love the arts in this city. Though administrators may hide behind spreadsheets and budget reports, this conflict is not about money at all. This is a conflict between those who wish to control the transforming power of music and those who have dedicated their lives to liberating it for us all.

Normally, it is a composer that creates music that musicians perform. Tonight, however, the plaza of the Woodruff Arts Center rang with a piece of music that no composer could hope to match. It was a composition written in the hearts of the men and women of the Atlanta Symphony Orchestra and Chorus.


It is a work of art I will never forget.
Posted by Unknown at 1:06 AM No comments:

I’m taking a break in this blog from my ongoing series, The Outer Artist, to comment on the ongoing lockout of the Atlanta Symphony Orchestra musicians by management. If you follow me on any number of the social media platforms where I regularly post, you know that this is a topic that has been weighing on my mind of late.

A lot of ink has been spilt outlining the situation; much of it from outside Atlanta. For a detailed report of where we are as of this writing, I encourage you to read an excellent article posted by Jenny Jarvie in ArtsATL.com: http://www.artsatl.com/2014/09/news-aso-lockout-enters-second-week. To quote Jarvie’s article:

“A major sticking point — one the musicians say they are unwilling to negotiate on — is management’s refusal to commit to a certain size of the orchestra. This would break with decades of U.S. orchestral history; all of the nation’s top companies have long specified the number of musicians in their collective bargaining agreements. Under the management proposal, the company’s president and CEO, Stanley Romanstein, would have final say on whether to fill orchestra vacancies. Romanstein, who declined requests for an interview last week, has said he is simply searching for a more “prudent” approach: under management’s proposal, any time a musician retired or departed, Romanstein would engage in a strategic conversation with music director Robert Spano about the importance of the vacant position. Romanstein, however, would hold the ultimate decision-making power.”

So why should a composer care about this? After all, most major orchestras are not exactly beating paths toward contemporary music and relatively unknown composers. So does a composer really have a stake in the lockout of orchestral musicians? Does the compliment of players in the ensemble really affect a typical, non-famous, run-of-the-mill composer out there?

Obviously, I think it does or I wouldn’t be taking the time to write this. There is no need for me to catalog all the many injustices being heaped upon the orchestra players. These are well documented, easy to find online and worth your time to read. I’d like to approach this growing catastrophe from a different angle. Although I do quite a bit of performing, I am in no way able to truly speak from the perspective of an artist the caliber of any member of the ASO. However, I can offer one composer’s perspective.

First, let me backtrack by drawing an analogy. Aside from being a composer, I am a Grade-A class nerd. I’ve collected thousands of comic books, been to my fair share of comic book conventions over the years and have been known to indulge in science fiction/fantasy movies, TV shows and books on occasion. Really, I’m just one step away from dressing up and joining the parade at DragonCon. As a nerd, it’s no surprise then that many of my analogies are based on Star Trek. This to much eye-rolling from my students and family alike. What does something as inconsequential as a TV program have to do with the very real and serious issues a facing the arts community in Atlanta? For an answer, I turn to the final episode of the venerable series Star Trek: The Next Generation. In an episode entitled “All Good Things…” Captain Picard encounters a phenomenon that disrupts not only the present but the future and the past as well. If left unchecked, the phenomenon would cause devastation to the entire universal timeline.

Without trying to be too melodramatic (or nerdy), I believe that’s exactly what the consequences will be for the Atlanta arts community if this highly destructive lockout is not ended as quickly as possible. It’s literally destroying our art here in the present, in the future and in the past. 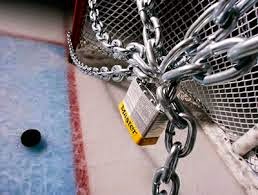 Let’s look at the present. As I write these words, there are men and women facing very difficult circumstances. Their very lives and the lives of those they love are being affected by management’s actions. Right now, instead of preparing for the opening of their 70th Season, they walk a picket line. They are without a job. In a week or so, their season will begin to be dismantled – one concert at a time. At the end of the month, their health benefits will cease. These men and women are not unskilled laborers being treated poorly. That would be bad enough. No, these are artists. These are people who have sacrificed much and devoted their lives to perfecting their talent. Through indescribable hard work and determination they have earned a seat in one of the preeminent orchestras in the country if not the world. Their very presence in this city not only enriches our city’s culture from Symphony Hall but from all the various outside chamber ensembles and teaching venues where they can also be found. The symphony is, quite simply, the hub for an entire artistic eco-system. Moreover, world-class symphony musicians also draw more like-minded and talented artists to them, further enriching this city. Proof? Would Robert Spano have taken a job with a second rate regional orchestra? All that was happening and now it is not. For me, the work of world-class performing artists like the ASO musicians is a balm that soothes an increasingly savage world. Now, that balm has suddenly been removed and we are all already feeling the discomfort.

What about the future? If management gets its way, these artists will begin fleeing the city of Atlanta in droves. Moreover, any new talent that had eyes on Atlanta will quickly look elsewhere. There is evidence that this is already happening. Please read the compelling article by bassist Andrew Goodlett. He is a young double bass player who had hopes of coming to Atlanta but is now rethinking this course of action: http://slippedisc.com/2014/09/if-atlanta-fails-there-goes-the-southeast-usa. The future looks increasingly bleak for the Atlanta arts scene if great young players like Andrew take a pass on moving here. If the orchestra simply becomes a AAA or AA farm club for the pros, how long will it be before the other arts in the city follow suit? To quote Andrew Goodlett, “I completely stand by the Atlanta Symphony Orchestra musicians when they say they are an incredibly important part of the arts in their city. But I think America needs to understand they are their flagship arts organization not just for the city of Atlanta or state Georgia, but an entire region of the country.”

If the present and future look grim, surely the past is secure, right? Not really. If management – not Robert Spano - gets to determine the size of an orchestra, it then becomes very easy to value-engineer Mahler, Bruckner, Stravinsky, Berlioz and even Tchaikovsky (among many others) right out of existence in Atlanta. Why pay all that extra money in musician fees for Mahler’s Symphony No. 2 or Stravinsky’s Rite of Spring when you can program a nice compact little Mozart symphony far more cheaply? This is not meant as a pejorative statement about Mozart, however if economics – not artistic vision – exclusively determine what can or cannot be programmed, a significant portion of our rich musical past may simply disappear.

As a composer, this disruption to the timeline is not a plot out of science fiction. It’s very real. How can one get new music performed in the present climate of uncertainty? What kind of future will there be to get new works performed if no one is left to commission new pieces? What happens when vibrant chamber ensembles where orchestra players perform vanish? Who will be left to teach the next generation? What happens to the arts eco-system when the hub is irreparably degraded? It’s also disheartening for a composer to potentially watch Mahler disappear from Atlanta. If the past can be disposed of so easily, what are the chances for a modern composer?

I urge all composers – in and outside of Atlanta; student or seasoned pro alike – to lend whatever support you can to the ASO Symphony Musicians. This fight is all of our fight. Here are three ways to help:
Every little bit helps. We cannot allow the ASO to be degraded and its musicians broken and scattered. Our musical present, future and even past depend upon supporting this wonderful orchestra.
Posted by Unknown at 12:17 AM 2 comments: