Three Ways To Escape A Cul-de-sac

I live on a cul-de-sac in a relatively quiet northeast suburb of Atlanta. It’s a lovely little section of the street; quiet and safe from this city’s raging traffic (attributes that were especially important when my children were small). Besides its practical benefits, I’ve always preferred a cul-de-sac to a road that abruptly reaches a dead end. The design just strikes me as a more thoughtful and aesthetically pleasing way to end a street.

However, whether it’s a circle or a sudden dead end, the road is still going nowhere. 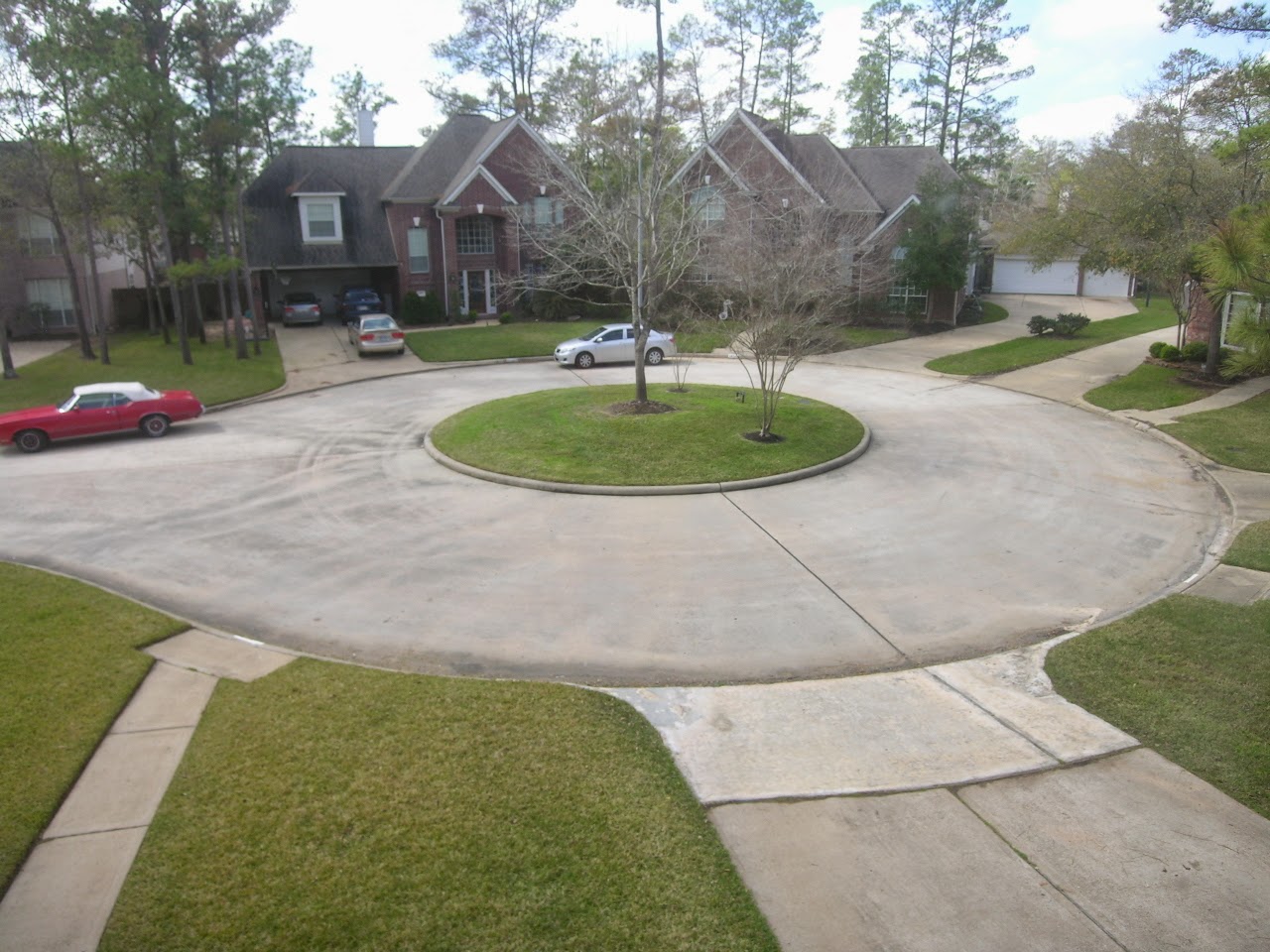 For the past few months I have been thinking about how my creative life resembles a cul-de-sac. As a composer, being creative is a prerequisite for success. However, as a composer working in academia, I often find that my creativity is rerouted. Instead of composing new music, I find that I use my creative muscle more often in service of committee work or in solving petty office politics. After awhile, I find that being creative in this manner is akin to driving around a cul-de-sac. There is the illusion of forward progress but I’m not really getting anywhere.

Unlike real cul-de-sacs, creative dead-ends are harder to escape. The obligations of the academic life obscure the exit. Because I must exercise my creativity everyday, I am lulled into the aesthetically pleasing circle of the cul-de-sac and tricked into thinking that I am being inventive or, at the very least, productive in some menial way. However, this is not the kind of creativity I signed up for at the conservatory.

Given the realities of my situation, it becomes important for me to constantly be on the lookout for exit routes from the circuitous path I sometimes follow. Exit routes are usually always there – it’s just a matter of recognizing them. While there may be others, I have found that there are usually three big activities that serve as exits from the cul-de-sac.

1. Surround yourself with inspiring people.

If the bulk of your interactions are with others who are trapped in the same cul-de-sac with you, it’s easy to descend into bitterness and endless reflection of every nuance found along the never-ending path of the circle. I was recently reminded how important it is to make contact with those who are outside that environment. A few weeks ago, I went on a business trip to New York City teaching a master class at New York University and attending a meeting of a board I sit on. My master class and board meeting were separated by a day. Therefore, I took advantage of the time to schedule a lunch on the off day with some wonderful composer colleagues who I had not seen in some time. Originally scheduled as a long 90-minute lunch, our time morphed into an epic five and a half hour reunion. Lunch spilled over into dessert then spilled over again into afternoon cocktails. The conversation had nothing to do with committee reports, office politics or any other non-artistic minutia. We talked, laughed and engaged in ideas that covered topics as broad as the art form we all work within. Five and half hours may seem like a very long time to sit in conversation with anyone about anything. However, nourished with such great artistic discourse, I felt that I had only been with my friends for minutes – not hours. The cul-de-sac of dreary academic work was but a distant memory. After it was over, rather than feeling exhausted and “talked out,” I felt light and very energetic.

Interactions, such as the unique lunch I had in New York, are a fantastic way to escape the cul-de-sac. I’m always on the lookout for opportunities to be in the company of those that will inspire me both intellectually as well as artistically.

While trudging along the cul-de-sac, it is easy to become fatigued. I sometimes find myself opting to stay at home and regroup rather than attend a concert. As soon as this happens, I know that I have fallen into the trap. Sometimes it takes effort to get off the couch and encounter great Art – especially after a long day of paper pushing. However, the rewards of making this effort are well worth it as I discovered on that same trip to New York a few weeks ago.

It was bitterly cold the day of my insanely long lunch with friends. As we sat and talked throughout the afternoon, temperatures descended into the 20’s and at least five inches of snow blanketed the urban landscape. It so happened that there was a concert of contemporary music taking place that same night up at Columbia University’s Miller Theatre. Given that I was at Lincoln Center and given the bitter cold, the trek up to Columbia University seemed formidable. It would have been much easier to hail a cab and get back to my hotel on the East side. Yet, I had been very inspired by my conversations during the afternoon and decided to attend the concert despite my longing for a warm drink and soft bed. I’m so very glad I took the time and made the effort to go. The concert was one of the Composer Portrait concerts given at the Miller Theatre focusing on the work of a single composer. That evening, the famed JACK String Quartet and the wonderful Third Coast Percussion Ensemble from Chicago were on hand to perform the music of the great American composer, Augusta Read Thomas. In the same way that the sparking conversation with brilliant composers invigorated me, I was likewise inspired by the superbly performed work of this extraordinary composer. As the exquisite music washed over me, I again felt the cares of my academic life fade into almost non-existence.

That concert reminded me of the power of music and that attending such events – especially when I don’t feel like it - is another critically important exit route from the cul-de-sac.

When I surround myself with inspiring people and regularly encounter great Art, I find that it becomes easier to discern what obligations can bind me to the drudgery of the cul-de-sac and away from my true work: the creation of new music and contributing to the artistic expression of my time. Once I can make the distinction between my true work and my obligations, a balanced perspective begins to develop. I know that I must duck into the cul-de-sac for necessary tasks. However, this is simply an obligatory tangent. Once completed, the tasks of the cul-de-sac can be released and I am free to exit from that little circle – despite its aesthetically appealing nature.

Creating Art and dealing with all the impediments associated with this monumental endeavor is hard work. It’s much easier to craft a long report for a committee than to write a single good musical phrase. Maybe that’s why I spend so much time draping unnecessary weights upon myself; to fool myself into thinking I am productive. The reality is I just need to work on what’s really important. In the end, it is not the cul-de-sac that ensnares me but I who trap myself. Hiding behind obligations associated with an academic appointment is no excuse. Surrounding myself with great people and great Art gives me the strength to properly order my priorities. It also guides me towards a path of focusing on the work I know to be important in my life.