There is no doubt that we live in turbulent times. As of this writing, the state of Louisiana is drowning under catastrophic flooding while southern California is on fire. The world is reeling from one savage act of violence after another on an almost weekly basis. As if all this were not enough, the American people are embroiled in a bitter Presidential election cycle that is dramatically polarizing our society. It is easy to despair in such times. One looks somewhere…anywhere…for the slightest glimmer of hope and good news. Here within the local confines of Atlanta, at least within the Arts and the Music community in particular, there are some encouraging signs. Three pieces of musical news have recently buoyed my spirits. 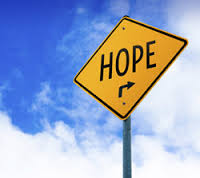 First, there is the great turnaround in the fortunes of the Atlanta Symphony Orchestra; certainly a crown jewel of the musical arts community here in Atlanta. It was only two years ago that the symphony had locked out its musicians for nine weeks, delayed the start of the concert season (canceling many performances) and sought to reduce the number of full-time orchestra members to 76. Management insisted that due to a dire financial situation, these actions were absolutely necessary if the orchestra was to survive. Those on the other side (including the musicians, community members, the national press and even this blog) argued that the cuts were too Draconian and that if implemented, there would be no orchestra left – at least not at the same caliber it had been. The acrimony on both sides was so intense that the ASO’s president resigned and the future of this great orchestra looked bleak.

What a difference two years make! A few weeks ago, as detailed in a recent article in ArtsATL.com, the ASO announced that it had closed its 2015-16 fiscal year with a budget surplus for the second straight year! In more good news, the ASO Musicians’ Endowment Fund had raised over $20 million on its way to an expected $25 million goal this year. The grim outlook for an important cultural institution in the city, as well as the nation, suddenly has a much brighter forecast.

From a wonderful and hopeful turnaround at the city’s artistic heart, I am thrilled with some good news coming out of my place of employment, Georgia State University. I have been a faculty member at this institution for well over 20 years. In all that time, the dream of truly elevating the Arts seemed nothing but wishful thinking. However, several years ago, as part of the university’s Strategic Plan, the creation of a new College of the Arts was mandated. July 1, 2016 marked the official beginning of this newly created College. (For more details, check out the press release.) For a long-time faculty member such as myself, this hardly seems real. Georgia State University has recently catapulted itself into one of the largest universities in the country with an enrollment just over 50,000 students. Its reputation for innovation within an urban environment is rising throughout academic circles nationally. It is clearly a rejuvenated institution on a mission. That the Arts would now be elevated within this context is extremely significant. 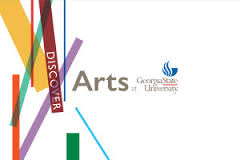 Atlanta has already become a very hot destination for film and TV productions with such big budget movies as Captain America: Civil War and Spiderman: Homecoming as well as highly rated TV series such as The Walking Dead filming in town and helping to make the city another great center for the entertainment industry. With the turnaround of the ASO at the highest professional artistic level and the creation of the new College of the Arts within the state’s largest university located in the very heart of the city – just two train stops from the Woodruff Arts Center – Atlanta seems poised to also become the next great artistic center in the country.

While the changing fortunes of the ASO and GSU are a bit outside my personal pay grade and influence, there is a personal endeavor with which I am associated that I consider another very hopeful sign for the cultural life of the city. Over the summer, I spent three very long and productive meetings setting up the strategic plan for the nascent SoundNOW Contemporary Music Festival. As a co-founder of the festival, it was a desire of mine to spotlight the great work being done in contemporary classical music by the many professional chamber ensembles in the city of Atlanta devoted to the music of our time. It is a simple idea. Set performances by the various groups in town to occur within a one-week period of time to draw attention to not only the great local performing artists in Atlanta but also to the city’s diverse and excellent community of composers. You can read about the first festival in a recent ArtsATL.com article.

It is a wonderful sign that the inaugural festival was very successful given its initial scope and mission. However, as laudable and interesting as this event was, the real trick is to replicate, sustain and grow this initiative. With the amount of strategic planning I and the other members of the artistic board have put in over the summer, coupled with the fact we have already set the dates and booked initial groups for our second festival (April 2-9, 2017), I am very optimistic that this annual event has the potential to elevate contemporary classical music in Atlanta in much the same way that the ASO and GSU are elevating the Arts in general within the city.

From the highest echelons of the Woodruff Arts Center all the way down to our personal initiatives, hopeful signs abound in Atlanta. But, so what? What does all this matter? What difference can these small, albeit hopeful, signs within one American city possibly make amid a world tortured by violence, political rancor and natural disasters on an almost biblical scale? I firmly believe that the Arts are one of the great civilizing forces in human society. However, the Arts are very difficult to nourish and maintain. It is always easier to destroy than it is to create. It is always easier to hate than to love, forgive and listen past our own prejudices to truly understand where our neighbor is coming from. The hard work of creative expression is an important exercise we must pursue in order to better our society and, yes, even our natural environment. A civilization truly sensitive to creative expression does not easily slip into practices that harm our world. That is why the Arts are so critically essential to humanity. That’s why they should be celebrated, cultivated and taught to our children. Budget surpluses in an orchestra, re-organizations within a university and the development of grassroots artistic endeavors in and of themselves are not really important. Taken by themselves, they are, at best, anomalies within a dreary environment. However, when considering them together, a pattern emerges. These types of hopeful signs describe what deeply motivates a community. To persevere and create great Art as well as make it possible to reach higher creative heights despite all the bad news crashing in around us tells the story of at least one city’s optimism and desire for a better and more peaceful society.

Good news and hopeful signs in our little corner of the world may yet translate to better news for a very troubled world in the long run. We all have the power to make it so.


Do we have the desire?
SaveSave
Posted by Unknown at 3:06 PM No comments: